"We're expecting the launch of 'Age of Conan' to create significant waves in the MMO gamespace," says Funcom CEO Trond Arne Aas. "With the secured additional funding Funcom is in an even better position to make the launch of the game a success. This commitment from the financial market is reflecting the great promise and expectations for 'Age of Conan'."

'Age of Conan' is progressing according to plan towards the announced launch date of 30th October 2007. The game has recently received strong early sales indications from partners and retail channels both in the U.S. and in Europe and press and gamer expectations for 'Age of Conan' continue to grow strongly. To ensure an optimal launch of 'Age of Conan', Funcom and its key partners has through this round of funding strengthened Funcom's marketing and operational capacity prior to launch.

Funcom has furthermore decided to enter the casual MMO segment and is currently evaluating several possible expansion opportunities. As some of these opportunities may involve near term acquisitions, Funcom would also benefit from an increased strategic flexibility.

'Age of Conan' is consistently listed as one of the most anticipated PC games of 2007, and won 'Best MMO of E3' awards from IGN, GameSpot, GameSpy and Yahoo. 'Age of Conan' is a key title in Microsoft's Games for Windows line-up, as well as being a showcase DirectX 10 title for nVidia. More information about the game can be found online at http://www.ageofconan.com. 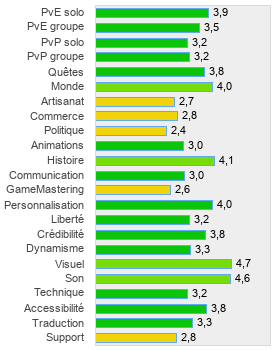